One of the main missions of our organization is to get rid of Tuberculosis and spread awareness about it so that there is a decline in the tuberculosis cases. TB, as Tuberculosis is better known, is one of the most widespread diseases across India and more so in the rural areas.

TB is caused by the bacteria called Mycobacterium tuberculosis. Tuberculosis typically attacks the lungs, but can also affect other major parts of the body like the nervous system and the circulatory system in a deadly manner. It is spread through the air when people who have an active TB infection cough, sneeze, or otherwise transmit respiratory fluids through the air. When a person becomes infected with tuberculosis, the bacteria in the lungs multiply and cause pneumonia along with chest pain, coughing up blood, and a prolonged cough. In addition, lymph nodes near the heart and lungs become enlarged. The immune system of the body helps to fight against spreading TB inside the body as it forms scar tissue around the TB bacteria, and this helps fight the infection and prevents the disease from spreading throughout the body and to other people. If the body's immune system is unable to fight TB or if the bacteria break through the scar tissue, the disease returns to an active state with pneumonia and damage to kidneys, bones, and the spinal cord.

According to the official WHO records, India accounts for one-fifth of the global TB incident cases. Each year nearly 2 million people in India develop TB, of which around 0.87 million are infectious cases. It is estimated that annually around 330,000 Indians die due to TB.

Among many symptoms, the following are most commonly found:

If your cough lasts for more than 3 weeks and you can see blood in your cough, it is a prominent sign which indicates that you might be suffering from TB. A chest pain or pain in breathing lasting for the same time period also gives you an indication that you must see a doctor soon.

How is it diagnosed?

There are various tests which are performed in order to diagnose TB in the patient. Usually, skin, imaging and blood tests are performed to study all the parameters and check for TB.

The diagnostic test is a simple skin test called the Mantoux test. The Mantoux test consists of a small amount of purified protein derivative (PPD) tuberculin that is injected into the forearm of the suspected patient. After 48 to 72 hours, a doctor or nurse looks for a reaction at the injection site; a hard, raised red bump usually indicates a positive test for TB. Blood tests may also be used to determine whether TB is active or latent (inactive), and microscopic sputum analyses or cultures can find TB bacteria in the sputum.

Chest x-rays and computer tomography (CT) scans are also used to diagnose TB. If the immune system traps the TB bacteria and creates scar tissue, this tissue and the lymph nodes may harden like stone in a calcification process.

How is TB treated?

The treatment of TB depends on the fact that whether it is an active TB or a latent TB. If TB is in an inactive state, an antibiotic called isoniazid (INH) is prescribed for six to twelve months. INH is not prescribed to pregnant women, and it can cause side effects such as liver damage and peripheral neuropathy. Active TB is treated with INH as well as drugs such as rifampin, ethambutol, and pyrazinamide. It is also not uncommon for TB patients to receive streptomycin if the disease is extensive. Drug therapies for TB may last many months or even years. The largest barrier to successful treatment is that patients tend to stop taking their medicines because they begin to feel better. It is important to finish medications in order to completely eradicate the TB bacteria from the body.

How to prevent TB?

There is a vaccine available for tuberculosis called the BCG vaccine that is used in several parts of the world where Tuberculosis is common. It usually protects children and infants from the disease, but adults can still get TB after being vaccinated as children. The following measure can also be helpful in making sure that you are safe from TB:

Finish your entire course of medication

This is the most important step you can take to protect yourself and others from tuberculosis. When you stop treatment early or skip doses, TB bacteria have a chance to develop mutations that allow them to survive the most potent TB drugs. The resulting drug-resistant strains are much more deadly and difficult to treat.

In countries where tuberculosis is more common, infants often are vaccinated with bacilli Calmette-Guerin (BCG) vaccine because it can prevent severe tuberculosis in children. The BCG vaccine isn't recommended for general use in the United States because it isn't very effective in adults, and it causes a false-positive result on a TB skin test. Researchers are working on developing a more effective TB vaccine. 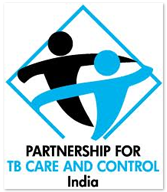 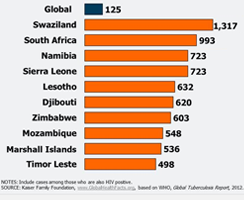